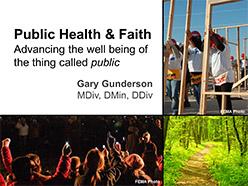 Since Hot Topics began in 2004, it has been one of the most convenient and popular ways for professionals in our region to gather and learn about emerging public health issues.

Thousands of Northwest public health practitioners attend NWCPHP’s Hot Topics in Practice webinar series each year. Since its beginning in 2004, it has been one of the most convenient and popular ways for professionals in our region to gather and learn about emerging public health issues. This September Hot Topics marks the 100th episode, and to honor this anniversary we look back at the origins of Hot Topics and look ahead to the future of workforce training.

A Goal to Unite the Region

NWCPHP serves a diverse geographic region. The six states (Alaska, Idaho, Montana, Oregon, Washington, and Wyoming) cover one third of the total US land mass and house a variety of urban, rural, and frontier-based public health agencies. Hot Topics is one method for uniting practitioners around emerging health issues.

When the series began in 2004, NWCPHP had grown into a regional resource for training and technical assistance. Additional funding from CDC allowed NWCPHP to develop a regular forum for training and discussion and it was introduced as a monthly webinar, free to attend, known as Hot Topics in Preparedness.

"Hot Topics was created on the heels of 9/11 when there were large amounts of preparedness funds that emphasized bioterrorism and integrating public health and emergency response," Paul Wiesner, the original host, says. "There was a national sense that we were ill-prepared for potential threats like anthrax and smallpox.”

Public health leaders recognized the need for an infrastructure that supported surveillance, response, and collaboration with other sectors. Two years after the attacks, the networks were improving, but there was still a need for more information.

“The Hot Topics format was an ideal way to meet those needs and was an important advancement in the overall growth and development of the Center,” recalls Jack Thompson, former NWCPHP director.

“Our guiding ground rule was ‘no lectures,’” Wiesner recalls. “We chose web conferencing over webcasting because it was more interactive, and we included text chatting and polling to keep people involved.”

When brainstorming topics, the team asks, “How hot is it?” The mission of Hot Topics is to provide a forum, and the series creators aimed to highlight timely public health issues that had not completely unfolded, so participants can learn from the process.

In 2004, SARS was a perfect fit, and became the first topic. The episode focused on the work to identify and control the outbreak as an excellent example of improved surveillance and infrastructure. Similar examples of this included a 2005 firsthand account of the rescue efforts during the Indian Ocean’s tsunami and a presentation on environmental monitoring and public health messaging immediately following the 2011 Japanese tsunami and radiation event.

Being “hot” relates to the content as much as the timeliness. Episodes like the medical response to Hurricane Katrina and addressing vaccine hesitancy were controversial. But Wiesner was not troubled by that. He says being willing to take big risks is an important element to the series’ success and furthers the discussion about important public health issues.

According to Wiesner, some of the crucial elements to success are the topics, the format, the team, and a commitment to quality improvement. All of these elements are driven by a dedication to providing a valuable service for public health professionals, which creates a webinar series worth attending.

“We review evaluation results and we keep our eyes out for technological improvements that enhance the user experience,” remarked Sarah Paliulis, the fourth and current Hot Topics coordinator. Over the years, participant feedback has generated many topic ideas and prompted technological improvements. It also serves to reinforce current practices that work well for attendees.

“Because the sessions are entirely distance-based,” Paliulis explains, “presenters and participants can attend from anywhere. Many people tell us they cannot travel and are grateful to be able to learn at their desks.”

The series has also benefited from its strong panel of moderators. In 2010, Wiesner reduced his role after moderating for six years and Bud Nicola and Pat Libbey came on board to share the moderating duties. In 2011, Jack Thompson, already a member of the steering committee, joined the moderator’s team and Wiesner retired.

Changing With the Times

In 2011, the team acknowledged the series increasingly featured topics beyond emergency preparedness and response. To better reflect the diverse issues being covered, they changed the name to Hot Topics in Practice.

“We’d always employed a broad definition of preparedness and covered cross-cutting issues,” said Thompson. “The name change was a formal recognition of that.”

For the 100th episode, Hot Topics will reveal a new logo as it looks forward to the next 100 episodes. Said Paliulis, “The 100th episode was a good time to review our processes and modernize our look.”

The Future of Workforce Training

According to Wiesner, there was more public health training in the 1960s through the mid-1980s. Over the years, continual funding cuts struck hard at public health’s commitment to training as instructional dollars were among the first to go. These reductions make Hot Topics and other easily accessible training more important than ever. So, what does the future of workforce training look like?

Before we look forward, Wiesner reminds us to look back to the preparedness model that bore Hot Topics. This model focused on infrastructure development and training staff—not just building roads. So too should public health focus on strengthening its infrastructure—the mechanisms for surveillance, response, and collaboration and training.

After 9/11 public health practitioners became more accepting of distance-based learning to increase their skills. Over the past decade we have spent time and money using this format to build knowledge and networks. According to Wiesner, we can preserve our gains if we resist falling prey to what he calls “a hardening of the categories” or the tendency to think only about discrete programs and not value our broad work to build systems within our communities.

"Get informed, work within your local community, make connections, and solve problems,” encourages Wiesner. “The quality of our public health systems and our trainings depends on our participation.”